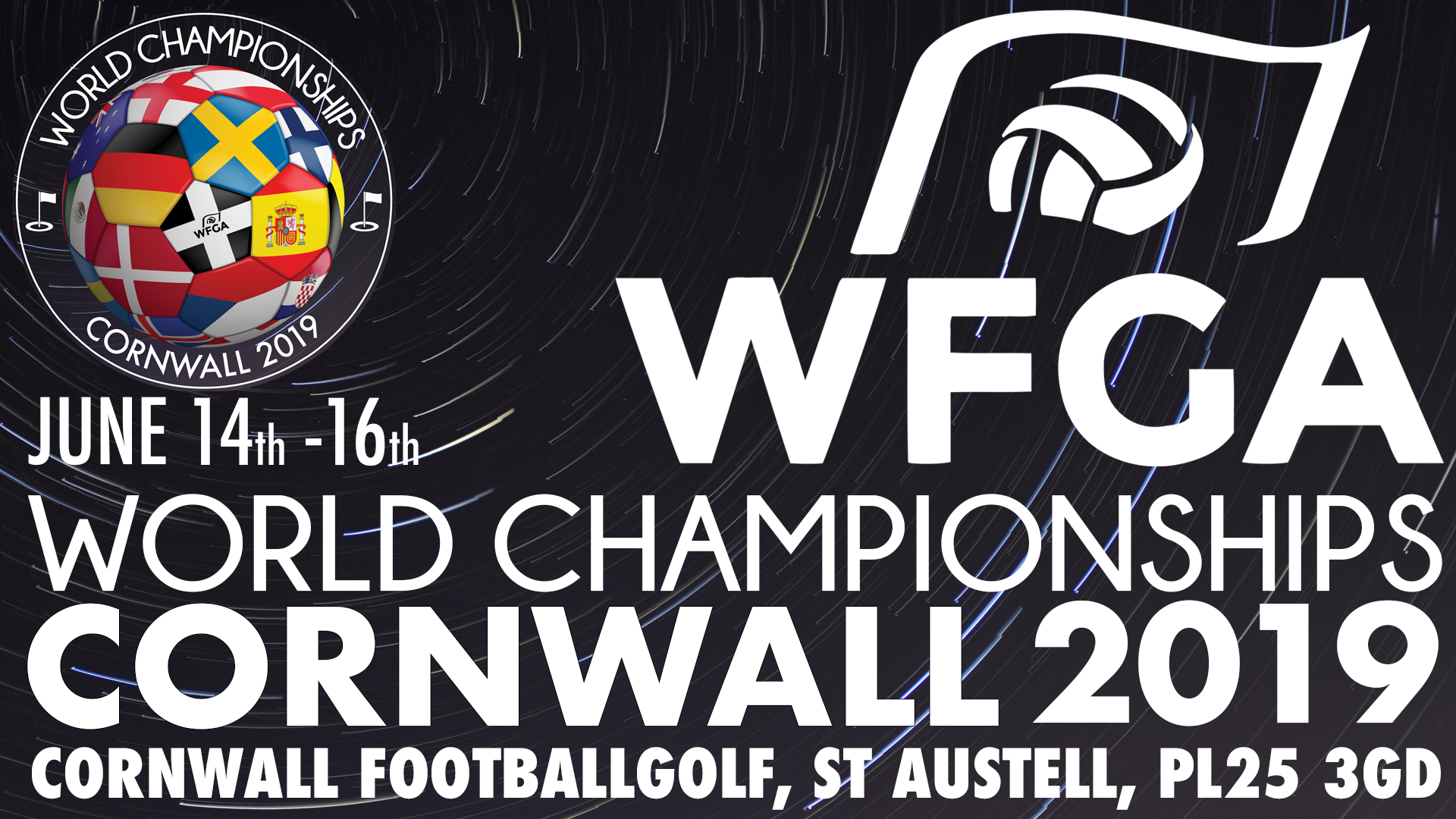 The World FootballGolf Association (WFGA) have announced that for the first time ever the annual World Championships will be held in the United Kingdom at Cornwall FootballGolf Park over the weekend of 14th-16th June 2019.
The success of the inaugural English Open in 2018 was key to the WFGA board selecting Cornwall as the venue for the 13th World Championships.

The World Championships will attract over 150 players from around the world who will descend on Cornwall to compete over three days against there fellow players to decide who will be the World championship winner 2019.

The Pairs competition will be held on Friday 14th June and the singles events for both Men and Ladies will be held on Saturday 15th and Sunday 16th June.
Players are expected to spend a week in Cornwall giving themselves ample time to practice the courses and explore the local area.

“It’s a real privilege to have been selected by the WFGA board to host what is there biggest event of the year, its great for the whole area to have so many people coming and staying in the area. For all the players coming it’s a going to be a great advert for St Austell and Cornwall as a whole.
We already have a great holiday accommodation partner for players at Par Sands Coastal Holiday Park and we would love to hear from other local companies interested in being involved in this amazing event as well”

“With so many different nationalities at the event it will be great fun for our team to organise because everyone who is coming to visit us love the game and the sprit it is played in. As well as the FootballGolf tournament there will be plenty of entertainment with food and drink for everyone.

Angelee adds “A British player has never won the World Championship, it would be amazing if the the first ever British World Champion was Cornish and what an opportunity it is for that to happen!”

WFGA Board member from Denmark, Bent Bredvig Sandfeld said “We are all looking forward to come to England and play FootballGolf next year”

Entry for the event will open in the New Year at worldfootballgolf.com and all the detailed tournament information is available on the Cornwall FootballGolf Facebook page under events.